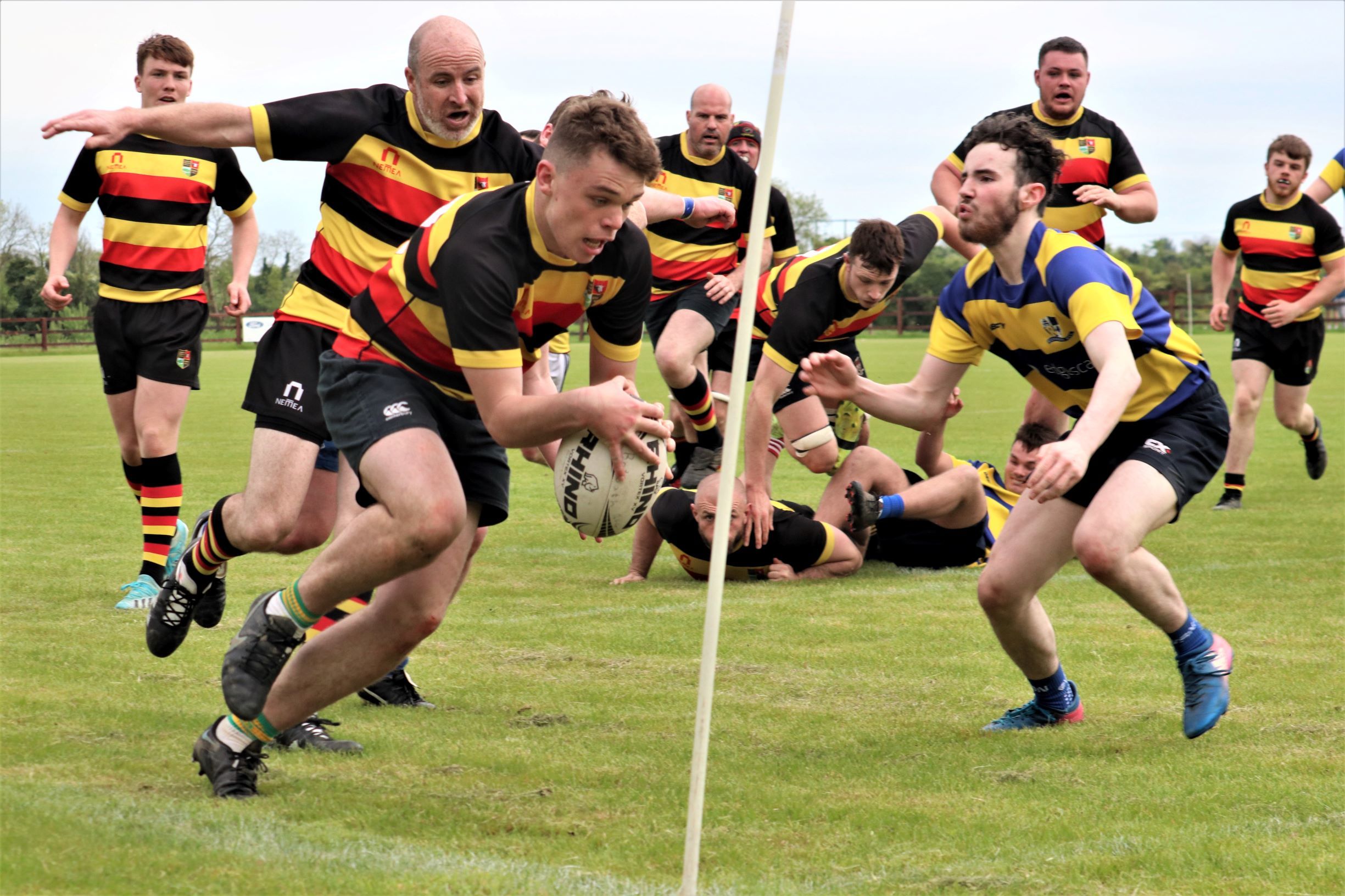 North Meath Athboy enjoyed a successful end to the season with victory over Ratoath in the Jenkinson Cup final.

It was fitting that the two Meath teams should meet in the season’s final match given that North Meath Athboy met Ratoath in the season opener in September. Back then it was Ratoath that claimed victory over a team still getting to know each other once it had been decided that North Meath and Athboy would amalgamate their respective senior men’s team for this season only.

But it is a sign of how far North Meath Athboy has come that the cup final victory featured five tries, a matchday squad of 23, including five graduates from this season’s U18s team, and at least another 15 squad players cheering them on from the sidelines.

Despite the final result, it was Ratoath that started the better and scored the first try of the game after five minutes. A combination of rustiness and nerves meant North Meath Athboy failed to settle and things then got worse for them when Ratoath doubled their lead to make it 14-0 after 20 minutes.

The visitors finally got into the game with a big carry from Jack Yore, followed by a scything run from back rower Ciaran Cullen that brought North Meath Athboy into the 22. A few phases later, Cullen went again but was held up on the line.

Replacement Andrew Dowds then made an early impact with some characteristically bruising runs. But he too was held up on the line. Fortunately he was able to crash over minutes later to get North Meath Athboy on the scoreboard.

The young players had started to settle by now. Both Eoin Briody and Cian Murphy had good runs and Louis Finnegan came close to scoring in the corner. Meanwhile Oisin McDermott, playing at fly-half, knocked over a penalty to add to his conversion.

But then that good work was undone when Ratoath were gifted two penalties to end the first half up by 20-10.

The second half saw the introduction of more North Meath Athboy replacements including Kevin Dowds, Eanna Finn and Adam Deighan which helped inject some energy and fluidity into the team’s play. So it was little surprise when the next score went to the away team – with an interception, loop and pass out of the back of the hand that led front rower Padraic McGurl to finish off a flamboyant move. Another McDermott penalty brought North Meath Athboy to within two points and ratcheted up the tension as both teams saw yellow.

A well taken try by the impressive Eoin Briody and converted from the touchline by McDermott put the icing on the cake. 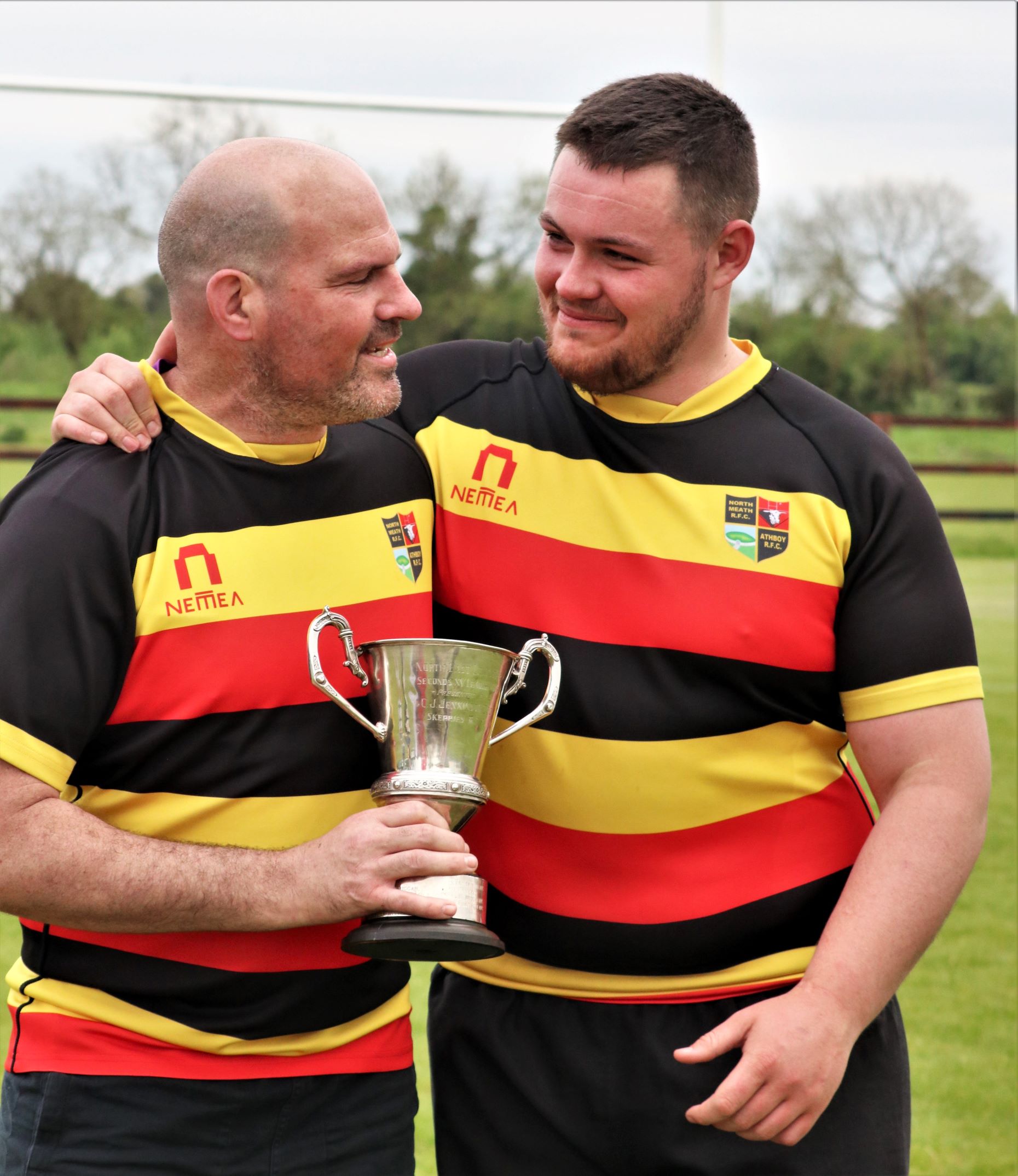 In addition to lifting the trophy, North Meath also said goodbye to one of its most prolific players. The ever youthful Carlos 'The Tackle' Buckley has been with the club since its formation back in 2007 and made as big a contribution on the pitch as any player. He is set to continue his coaching career with the club and help bring through the next generation of players.

Fortunately the latest batch of recruits look likely to ensure success for North Meath for many years to come.

Another milestone for the club was the appearance of three Dowds brothers (Andrew, Kevin and Ciaran) in the same winning team. The Dowds family, including father Brian, have been unwavering supporters of the club and the brothers' match winning performances took on an extra poignancy given the passing earlier this year of their grandfather Seamus.

As new season edges closer we are looking for volunteers ...

Meeting tonight to outline all the things the club needs ...

Our AGM will take place tomorrow evening at 8.00 in the I...

Get live information for Club on the ClubZap App